Hello everyone! Today's prompt for Blogtember is to share your favorite memories from your summer, and however many you want :) 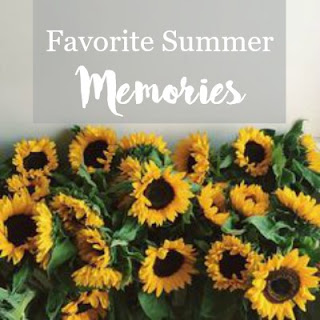 - I went to a camp and received Camper of the Year which was awesome and I won an award and I got claps and cool things like that it was cool beans.

- I went actual camping for the first time and saw a bear.. yikes

- I took a writing class up at my local college and it was the coolest thing.

- I took a bunch of soccer camps and improved loads.

- I started watching smosh and it was such a great thing and I love them all loads.

- I also won an award for my art and won free Copic markers so that was like.. THE COOLEST THING EVER.

- I learned how to actually bake and I memorized the pumpkin cupcake recipe, so cupcakes for all MUAAHAH.

- I did people's makeup.. for money?? It was my cousin's wedding and she paid me to do some of the bridemaid's makeup so I GOT MY FIRST JOB SORTA. '

That was my summer! What were the highlights of your summer? Would you like some cupcakes? (too bad you’ll get them anyway)