Mount Tambora: The Volcano You Don't Know About

Hello everyone! Today, I am talking about a volcano which you probably have not learned or heard about, Mount Tambora. But first, lets go through this week's post schedule. I decided to do this just to help me out and for you guys to see what will most likely be happening on the blog until next Saturday. (Somedays I will not be posting

RULES: For some days I will have two options, you as readers can choose which one!

Have you heard of Mount Tambora? I'll give you a hint, it is on the island of Sumbawa. Still nothing? Okay here is a map of Sumbawa for you: 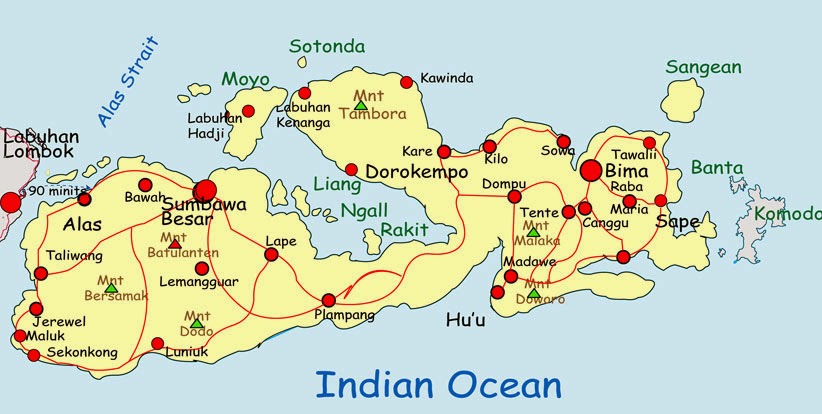 Now you see it? Well, Sumbawa is an island in Indonesia and Mount Tambora is one of the deadliest volcanos in the world.
What did Mount Tambora do?
In around 1815, a volcano called Mount Tambora exploded. No one knew it was a volcano, it was just a mountain. A quiet mountain, until one ominous day.
When it erupted, a pyroclastic surge boomed out from the volcano, destroying everything in its path. 12,000 people were killed almost instantly, houses and crops were destroyed, and the once beautiful island of Sumbawa was now in ruins. 90,000 more people were died of hunger in the months following. 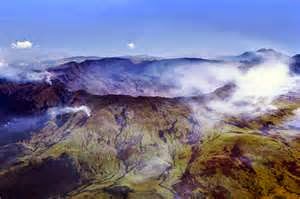 How Did the World React?
To be honest, the world didn't even know. British sailors saw the eruption happen but since it took 4 months to travel from Sumbawa to London, there was nothing that could be done.
Some Englanders knew about the eruption, but didn't really do anything about it. They didn't know where Sumbawa was and it was way too far away.
What Happened After?
The year after, 1816, was a disaster. Weather all around the world was so abnormal.
In North America, there were unusual snowstorms, in June. In Europe, many northern seas
(which were supposed to be frozen) unfroze so British sailors thought it was safe to sail on; many got frozen when the ocean unexpectedly froze up again.
In India, there was an abnormal monsoon season (rainy season). There were floods which caused an outbreak of a disease called cholera. In China, cold weather killed crops and cattle so people starved to death.
How Did This Happen?
Scientists are not actually completely sure on what happened but I'll give you the basics.
Usually when a volcano erupts, the volcanic cloud disappears almost immediately. For Tambora, it was a different case. The cloud went high up into the stratosphere (because of the immense power of the volcano) and ejected high amounts of volcanic ash into the air, causing the weather to change.
Scientists studied a different volcano, Mount Pinatubo in order to help learn more about Tambora.
What Happens to Tambora Now?
According to my sources, Tambora is still active. There are signs that it could erupt again but the chance is very low. If it were to erupt again, we would be more prepared and we could be there to help because of today's technology.
Alright guys, I hope you enjoyed! I also hope you learned something new!
As an extra, answer this question: "Why don't people know about Tambora?". Maybe your answer will be featured in another post or on a BBK Biz Day post! (Whoops, I might have revealed the special surprise....)
Thanks for reading,
Noor
Written by Noor