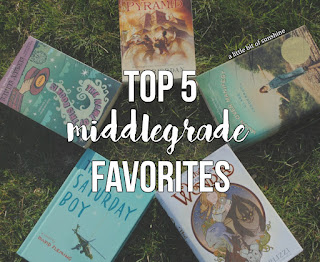 was this too cheesy i hope not

ignore the fact that I completely messed up this picture and I'm cringing looking at it. 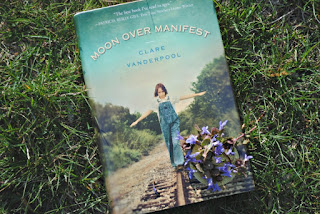 Description: Abilene Tucker feels abandoned. Her father has put her on a train, sending her off to live with an old friend for the summer while he works a railroad job. Armed only with a few possessions and her list of universals, Abilene jumps off the train in Manifest, Kansas, aiming to learn about the boy her father once was.
Having heard stories about Manifest, Abilene is disappointed to find that it’s just a dried-up, worn-out old town. But her disappointment quickly turns to excitement when she discovers a hidden cigar box full of mementos, including some old letters that mention a spy known as the Rattler.
Abilene throws all caution aside when she heads down the mysterious Path to Perdition to pay a debt to the reclusive Miss Sadie, a diviner who only tells stories from the past. It seems that Manifest’s history is full of colorful and shadowy characters—and long-held secrets. The more Abilene hears, the more determined she is to learn just what role her father played in that history. And as Manifest’s secrets are laid bare one by one, Abilene begins to weave her own story into the fabric of the town.

Why you should read it: This story not only has the exciting mystery and plot twists and wonderful characters, but it also gives a glimpse of real life things: poverty, war, depression, and immigration troubles. It gives the environment of two different time periods, and how life differed from now and between those two years (1936, 1918). The time change was confusing at first but it kind of helped to develop the story and why I loved it so much. 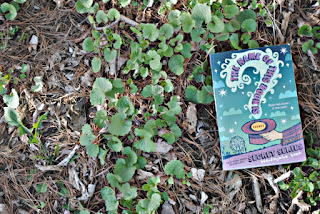 Description: Warning: this description has not been authorized by Pseudonymous Bosch. As much as he'd love to sing the praises of his book (he is very vain), he wouldn't want you to hear about his brave 11-year old heroes, Cass and Max-Ernest. Or about how a mysterious box of vials, the Symphony of Smells, sends them on the trail of a magician who has vanished under strange (and stinky) circumstances. And he certainly wouldn't want you to know about the hair-raising adventures that follow and the nefarious villains they face. You see, not only is the name of this book secret, the story inside is, too. For it concerns a secret. A Big Secret.

Why you should read it (them): This series is probably one of my favorite middlegrade series, it's just so funny and crazy and hilariously confusing and mysterious. Although, it really isn't for everyone since it's extremely confusing and gives off this secretive, sort of Lemony Snicket vibe. The whole series is just unpredictable and completely insane but I just fell in love with it. The plot is like a rollercoaster 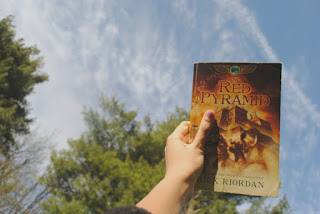 Description: Since their mother's death, Carter and Sadie have become near strangers. While Sadie has lived with her grandparents in London, her brother has traveled the world with their father, the brilliant Egyptologist, Dr. Julius Kane.
One night, Dr. Kane brings the siblings together for a "research experiment" at the British Museum, where he hopes to set things right for his family. Instead, he unleashes the Egyptian god Set, who banishes him to oblivion and forces the children to flee for their lives.Soon, Sadie and Carter discover that the gods of Egypt are waking, and the worst of them--Set has his sights on the Kanes. To stop him, the siblings embark on a dangerous journey across the globe -- a quest that brings them ever closer to the truth about their family, and their links to a secret order that has existed since the time of the pharaohs.

Why you should read it: I mean, one, it's a Rick Riordan book, and Rick Riordan. But two, it's probably Rick Riordan's least read series, which is sad because it's so great. Sadie is basically a young Isabelle Lightwood, and she's amazing. Carter is hilarious. They're all just great, and it's sad, and the plot is just about perfection like pretty much every other Rick Riordan book. Also, I really like the covers. 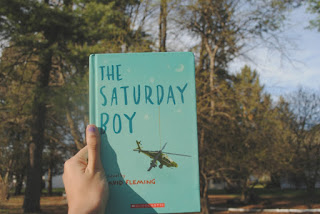 Description: If there's one thing I've learned from comic books, it's that everybody has a weakness—something that can totally ruin their day without fail.For the wolfman it's a silver bullet. For Superman it's Kryptonite. For me it was a letter. With one letter, my dad was sent back to Afghanistan to fly Apache helicopters for the U.S. army.
Now all I have are his letters. Ninety-one of them to be exact. I keep them in his old plastic lunchbox—the one with the cool black car on it that says Knight Rider underneath. Apart from my comic books, Dad's letters are the only things I read more than once. I know which ones to read when I'm down and need a pick-me-up. I know which ones will make me feel like I can conquer the world. I also know exactly where to go when I forget Mom's birthday. No matter what, each letter always says exactly what I need to hear. But what I want to hear the most is that my dad is coming home.

Why you should read it: This book is so sad, it was actually the 2nd and one of the only books that made me cry. Fleming really gets you attached to the characters, and I got into Derek's character and that's probably the reason why my book has tearstains on it, no big deal though. No but really, it was a wonderful, emotional, yet hilarious book. Did I mention it was emotional? 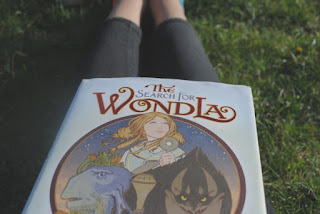 Description: When a marauder destroys the underground sanctuary that Eva Nine was raised in by the robot Muthr, the twelve-year-year-old girl is forced to flee aboveground. Eva Nine is searching for anyone else like her: She knows that other humans exist because of an item she treasures—a scrap of cardboard on which is depicted a young girl, an adult, and a robot, with the strange word, “WondLa.”

Why you should read it: I LOVED THIS BOOK. It is definitely hard to get into at first because it is a bit slow, but once you get into it, you will love it. It's this mystical dystopian world filled with these creatures that's fun to read and learn more about. I especially love the "lost child" idea, and Eva's journey to find her parents is so interesting. There are also several gorgeous illustrations inside that will mesmerize you and get you even more into the book, it's overall wondlaful. (I hate myself)

Are you a middlegrade reader? And what is your favorite middlegrade book? Because I always need more books to add to my monster TBR.