Hello everyone! Yesterday, I was thinking about some things I've learn and done as a blogger that I would rather not admit, however I thought it would be cool to talk about them, why not. 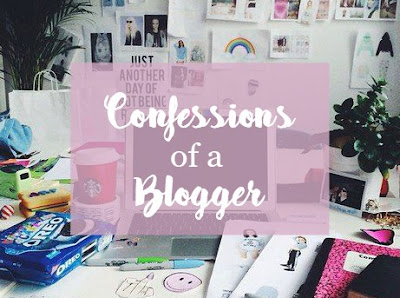 background picture is not mine


1) I'm a hypocritical blogger.
In May, I wrote a post on how to make internet friends. I don't do that, I'm quite shy when it comes to making friends and I've never actually asked anyone if they wanted to be friends, I've just kind of waited for someone to approach me, which no one really has. mistake #1, being antisocial and then I complain about having no friends to myself. vicious cycle, isn't it?

2) Again, I'm a hypocritical blogger.
I always rant about grammar and spelling and punctuation and get really angry and disgusted when I see people not using it in a post and I will usually click out of the post. But. I almost NEVER use capital letters anymore, no clue why, it just looks nicer? or maybe because it's easier and I don't want to click shift every time? i think it's just the lazy factor, y ikes.

3) I say I'm doing things but I really haven't started them at all.
Back when I did guest posts, and now when I do blog designs, I completely FORGET and then they email me asking me where it is and I say I'm working on it and I'm busy but really i'm just an extremely forgetful person. it has NOTHING to do with you, I just forget everything.

4) I've reused pictures millions of times.
I'm too lazy to take new pictures, so I just use one from months back, hoping and praying no one notices.

5) I get stressed about pageviews and followers.
I know that I can't really control them and that I just have to put stuff out there and do some other things and then just wait (A+ description) but I get really happy with a new follower and stressed when a post gets less views than another post that got twice as many.

6) I wish that I'd get constructive criticism, but then I wonder how I'd react.
You know, it would be good and stuff and helpful, a lot, I wish people would stop being nice during survey but at the same time I don't know how I'd feel if someone gave me a harsher comment.

7) I cringe at myself.
I'll write a post, and then publish it, and then look at it and then want to die because it's so cringeworthy. I also think that I try too hard to be funny and entertaining, YIKES.

8) I spend more time coming up with post ideas than actually writing the post.
Honestly it takes me at least 2 hours to come up with the post and less time to write it, is that bad? I'm just out of ideas at this point, ahahah. aha. ah. a. sometimes I don't do anything at all.

What are your blogging confessions? Any wacky things that you do that you wouldn't admit until now?