hope for the world

Hello everyone! Today is Eid, which marks the end of Ramadan for Muslims (like me :D) (basically where you fast ((don't eat or drink)) everyday for 30 days from sunrise to sunset). It's a wonderful time where we eat, get gifts, and celebrate our glorious religion.

I went to my prayer place for the special Eid prayers today, and our religious leader (he's called an Imam) gave us a little talk, which the Imams usually do during the Eid prayers. He talked about educating people about our religion, and showing them that they shouldn't judge us based on the actions of Islamic extremists. He then challenged us to educate people, as many as we can, in any way possible about the good of Islam, and how it's not mass shootings or genocide.

I decided to carry out this challenge with my blog, as it's my place to discuss things that I want, or that needed to be said. And I'm going to take this one step further by not just discussing the good and the hope of Muslims, but the good of the entire world.

I don't expect anyone to read this whole thing because I just wrote two large paragraphs up there but if you can get the basic idea of what I'm trying to say, then wonderful, that's all I need. 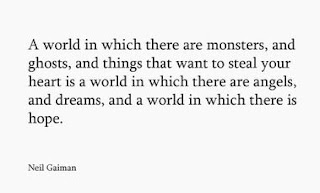 You cannot judge a race, religion, or culture based on the actions of a small group of those people.

You cannot base your opinions of Muslims based on the actions of ISIS, Al Qaeda, and Omar Mateen, or any other mass Muslim shooting.

Muslims are not all murder seeking people who want revenge.

Most Muslims are NOT dangerous to your country.

ISIS is an extremist group. Notice the word extreme in that sentence. They take Islam to another level that is not meant to be taken to. The Islamic religion is meant to be peaceful, we do not believe in taking harmful actions. ISIS has a different view of Islam that 80% of Muslims (probably more to be honest) do not believe in. If you do believe in Islamaphobia, and your only excuse is ISIS, then you need to rethink your views.

Al Qaeda and their actions were based off of revenge. If you don't know, during the Cold War (war between US and then the Soviet Union), The U.S trained soldiers in Afghanistan (many who then joined Al Qaeda, and Osama Bin Laden) to fight back against the Soviet Union who were invading Afghanistan at that time, promising them fortunes and other things. The U.S never carried out these promises, angering many of the soldiers, causing them to form Al Qaeda and attacking the Twin Towers on 9/11. They too, were a Muslim extremist group, but many of their actions were based on revenge and anger. (I am by no means saying the 9/11 attack was justified in any way, but I am saying that Al Qaeda's actions were not justified by Islam)

yike that was a long one ^^ Another thing, Islam is a peaceful religion. I challenge you today to go out and ask a Muslim that you know, what Islam means to them.


But despite all these hateful actions, Islamaphobia and the actions of Muslim extremists, I have hope in the world that things will get better. That we can end the hatred any way we can, even if it's educating some people via your blog or your voice, you can do it. It makes a difference, you make a difference.

I believe that we can get past this all, that we can fight it and that we as younger people can pull through. Turn can't into can this year because we can and we will.

Have hope everyone. Also, sorry for all the sappiness I went off on a rant but I hope you felt inspired (???) or something like that.

I'll be my regular, awkward self soon. ok cool (look it's comin on back)

disclaimer: i am in no way trying to be offensive or convert you to Islam or anything like that, i just wanted people to try and see the good in Islam and maybe make some people look past the sterotypes put on Muslims. cool cool
Written by Noor