seven powers from marissa meyer's renegades that would be BEYOND AMAZING irl (spoilers?)

OK I just finished Marissa Meyer's Renegades like some 2 hours ago and WOWOWOWOW.

Everything is so cool? SHE IS A WORLDBUILDING MASTER. The plot and characters are to die for, but what really piqued my interest are the dope prodigies. I mean some of those powers are so cool and WOW if we had them in real life... FDJFJG

SO. I compiled a list of my ten favorite powers described in the book to share with you guys since I DID NOT feel like writing a review today OOPS 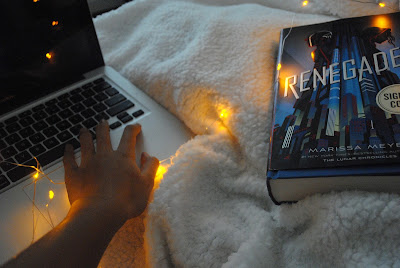 Come on. The kid can make his drawings come to life please direct me to a person who wouldn't want that. And he can draw tattoos and gain those powers? He can have almost whatever power he wanted. THE POSSIBILITIES ARE ENDLESS. Your "I want" statements would turn into "I have" statements. You would never not have anything you wanted.

PLUS I mean, you'd totally be the best gift giver ever and all your friends would love you.

danna/monarch's ability to turn into butterflies

This may sound like she turns into a delicate swarm of butterflies BUT NO. She goes ALL out. And she sneaks into movie theaters with it? SCORE. Tickets are too expensive these days.

"When I was a kid I was always sneaking into movie theaters. To this day, I've never actually paid for a movie ticket.' She cringed slightly and leaned forward. 'Don't tell anyone, okay? That is definitely outside of our code.'"

It was honestly such a shame that we didn't get to see more of Danna, she was a warm character who I thought had a lot of potential :/ MAYBE IN THE NEXT BOOK

I've always been a fan of the concept of invisibility, you'd be able to get around and be sneaky. OF COURSE I'd use it for good things hehehehe

ALSO the Dread Warden is probably the coolest super hero name EVER. And anyone with the name Simon is automatically a good character.

Chemistry is my personal favorite of the sciences, and the ability to make all those crazy poisons and potions that we see Nova get to use is SO COOL. Hurting people is not SO COOL but it's all so science based and agh.

Marissa Meyer has found the perfect way to incorporate science into magic and gosh I didn't think it was possible to love her even more.

Actually if I had that ability, it would honestly probably look something like this:

narcissa's ability to walk through mirrors

IT'S LIKE A PORTAL TO A WHOLE NEW WORLD. (a whole new wooorlllddd) ok while I didn't completely understand how the mirrors worked, I really enjoyed the concept of them. IT'S SO UNIQUE. Gah. Marissa Meyer you have my entire heart.

I wonder what her alias is, probably something gorgeous.

that one kid who had INCREDIBLE archery skills

"Next to them was a blindfolded boy firing a bow and arrow at a series of moving targets and hitting them dead center every time."

MOVE OVER KATNISS AND HAWKEYE. Archery kid is coming through. I want a whole prequel book dedicated to this kid, I love him and his skill. Archery is so amazing and I applaud people who have the ability to focus and aim that well.

AND THIS KID CAN DO IT BLINDFOLDED.

flashbolt's ability to shoot lightning bolts out of his hands

"On the mat beside them, the trainer threw a disc and Flashbolt lifted his hands, shooting a series of colored lightning bolts out of his marbled palms, striking the disc as it arced through the hall."

Not only is it amazing in battle but it makes for an amazing light show too.

I can't wait 11 months for the next book. NOW MARISSA MEYER GIVE IT TO ME n OW.

peace out y'all,
young
Written by Noor