we are the ants by shaun david hutchinson: a journey of existential crisises 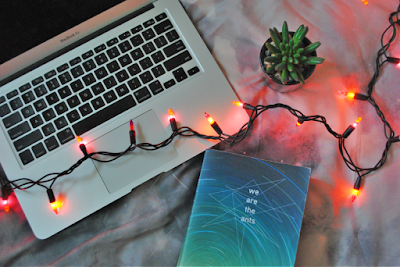 The universe may forget us, but our light will brighten the darkness for eons after we've departed this world. The universe may forget us, but it can't forget us until we're gone, and we're still here, our futures unwritten. We can choose to sit on our ass*s and wait for the end, or we can live right now. We can march to the end of the void and scream in defiance. Yell out for all to hear that we do matter. That we are still here, living out our absurd bulls*it lives and nothing can take that away from us. Not rogue comets, not black holes, not the heat death of the universe. We may not get to choose how we die, but we can choose how we live.

The universe may forget us, but it doesn't matter. Because we are the ants, and we'll keep marching on.

Do you ever pick up a book and know that it's going to be good? You don't read the back, you barely glance at the cover design, but you read the title and just know? That's the vibe We Are the Ants gave me the second I took it off the shelf at Barnes and Noble.

Because this is not your average sci fi book. This book tackles more than just the impossible possibility of aliens and the world ending. It basically tackles everything, and it made me understand a lot of things.

Spoilers ahead! Go read the book if you haven't and if you have, keep reading :)

I'm living in an After Jesse world where I ache from missing him and nothing makes sense. My boyfriend and best friend both abandoned me. I am a punch line at school, a ghost at home. I hate Jesse for leaving me behind. If he asked I would have walked into the air with him.

Before reading this book, if someone approached me with a button and told me if I didn't press it in 144 days, the world would cease to exist, I would have pressed it then and there.

At the beginning of the book, I was appalled that Henry chose not to push it, why wouldn't you?

But Henry was a broken clock still ticking, and broken people see more than happy people. Broken people are pessimists, they see everything wrong with the world, they see every reason not to push a button that would save the world. They see humanity as fools who have ruined every opportunity to succeed, they see a fresh start, they see a better universe.

And like I said before, this book broke me and put me back together, so I began to see everything wrong with the world and every reason not to push a button that would save the world. 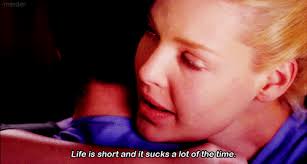 However, after careful consideration I decided that I would push the button. There is too much in this world worth saving, and I think by the end of the book, Henry realized that too.

There is an infinite amount of ways the world could end.

On 29 January 2016 at 1:39 UT, the Jürgen Eichman impacts the Mediterranean Sea.
The United States Armed Forces invade North Korea on 29 January 2016 at 20:03 GMT.
It begins on 26 January 2016 at 7:35 am EST, and the new Fixers, whose sole function is to replicate, consumes the entire planet in three days, leaving behind nothing but an ocean of grey goo.
Emmanuel Roth arrives in Geneva on 29 January 2016 at 10:19 UTC and detonates a fission bomb, atomizing the Large Hadron Collider, CERN, and most of Switzerland.
On 29 January 2016 the South Korean government passes a mandatory Mind's Eye Legislation and in a matter of months, every person on Earth is living in a fantasy world.
On January 29 2016, at 11:23 pm EST a boat off the coast of Maryland is trapped in ice. It is the first reported incident of the Atlantic Ocean freezing. By the time the sun grows bright, no one is left alive to feel its warmth.
On 29 January 2016, the last hive of honeybees, located on an almond farm in California, succumbs to CCD.
On 29 January 2016, a pair of CroMS escape from a lab in Austin, Texas. They begin to breed.

The world could cease to exist because of one little thing. And we could potentially never see it coming. i hope i didn't just give you the creeps. 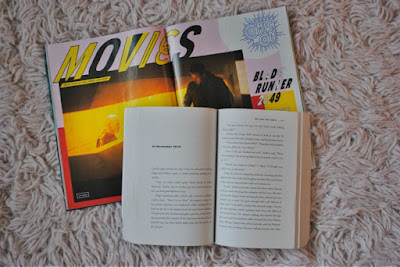 Development of secondary characters is one of my favorite things to read.

The amazing thing about this book was that Henry wasn't the only character who was developed. And it was so much fun to read.

Henry's mother seemed to be a stubborn yet loving woman, who was just as broken as Henry was. She lived through seeing her mother suffer through Alzheimers, her eldest son dropping out of college and getting his girlfriend pregnant, her youngest son barely making it through high school, her husband leaving her and their kids behind, and stuck at a depressing job waiting tables.

But by the end of the story, we see her take on a job cooking which she loves to do, making her mother happy by putting her in a retirement home, and living a life she genuinely enjoys, which is a pretty great improvement if I do say so myself.

Henry's brother Charlie probably had the most development out of every character in the book. You could even argue that his development was better than Henry's. It's not that he changes, it's just that you get to see more of him.

Through Henry's eyes, Charlie is nothing more than a high school bully/jerk turned college dropout who got his girlfriend pregnant and hates his little brother type of guy. But as we see the events of Charlie's life fly by our eyes, such as losing his kid, giving up his dream to become a firefighter to support his family, you and Henry both realize he's more than that person. You realize that hey, this guy would have been a great dad. You got to see the inside part of Charlie that Henry never got to see until Charlie lost his baby. And by the end of the book, for the first time in his life, Henry actually felt like his brother loved him, and that's bada*s character development right there.

There is such thing as love, or is there?

"Remember when you asked me if I'd save the world?"
"I didn't think you'd heard me."
Marcus snorted like I was stupid to think otherwise. "Well I would."

This is not a romance novel. This is not a sci fi novel. But without either, this book wouldn't be the same. We encounter three different romances in this book, and all of them are different, but they're not. Because in one way or another they're all misguided, and they're all based on foolish mistakes.

Were any of those three love? Each one of them said that they in fact did love Henry, but did they? I still may never know what true love is, true love may not exist? ASDBGBG i told you there would be existential crises.

AHFBJFBF I LOVED THIS BOOK SO MUCH!! I can't wait to go out and buy more books by this author because I just LOVE LOVE LOVE his writing style so much oml. Check out the book with all the linky links down below :) NOT A PAID PROMO!!

i really haven't changed at all.

ALSO ALSO check out my Goodreads where I post all of my reviews!!
Written by Noor