nanowrimo wrap up #1 + life updates - i only stayed up past midnight once!

SORRY FOR THE BRIEF ABSENCE!! I was getting caught up with my new writing schedule, so I just couldn't find the time last weekend to put out a post but here I am :D 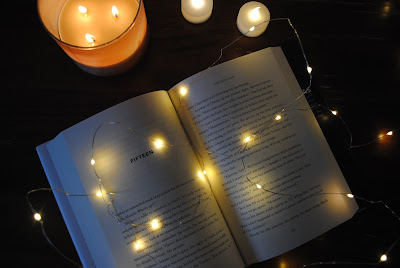 NaNo started on a Wednesday this year (strange how I said NaNo instead of November. NOVEMBER ISN'T A MONTH ANYMORE ONLY NANO.) So it was a tad bit awkward, middle of the week bluez :P

words written: 2025
total: 2025
highlight of day: eating all of my halloween candy from the previous night heheheeheh

1978 is close enough to 2k? right. yes. yes it is. Thursdays have slowly become my favorite day of the work week next to Friday because my day isn't as hectic lol

I went out with my friends that night so I didn't get much writing done. But we went to bubble tea which is actually my favorite place in the world.  Coffee blizzards 4 life. I wrote a bit before and the passed out the second I got home HAHA,

My friend came over this day and we made some certifiably AWFUL soup. It was literally water, and then we threw in an assortment of spices and veggies. HEALTHY. And then to cleanse our palette we walked to Starbucks and collected leaves. And then I came home and wrote 3k. Whatta day.

I DESPISE SUNDAYS. I spent the whole day in another town and then I pinned a ton on Pinterest. Because when you're sad, the best option is Pinterest. Pinterest: look at obscure DIYs and solve all of your problems.  But I did go to Urban Outfitters which is actually my favorite store in existence.

words written: 2013
total: 10787
pictures pinned on pinterest: i couldnt even tell you

I wrote like nothing today because I had practice from 6-7 which is, in my opinion, the worst time because it basically divided up my work time. I did wear my shirt from Urban which was yellow and had a bunch of strange faces on it. I'm 100% sure it creeped people out, but honestly that's what made it 10x better. I also was forced to clean under my bed, and there were some unexplainable things down there. gross.

Tuesday is like the time where I recover from being sore due to Mondays practice but then have to prepare to get sore all over again for Wednesday. While doing homework, I suddenly felt a spark to listen to Vivaldi and I believe I had his Four Seasons on repeat for hours on end. SO GOOD.

YES I KNOW I SKIPPED 8 i just didn't write anything because I was a bad bean. My dad brought me oreos, which I almost never eat and I had half of the dang container while writing.... BAD BEAN. They're too good though WHYYYY

random rambles about my novel and problems and blagh

It's actually doing pretty great, I'm just struggling a little with description, per usual. I'm only at 20k and already in my 4th scene... I have 10 scenes.... THAT MAY BE DISASTER.

Also development? I love it but I SUCK AT IT.

Me while writing: Development? Idk her sorry.
Me while reading: I NEED ALL THE CHARACTER DEVELOPMENT.

My outline is working well! I only did a chapter outline for the first four chapters until I realized I only really needed my scene cards. #plansters for the win!

also snacks are very necessary. I think I would have died without my oreo fix. AND MUSIC. I couldn't write in the quiet :0 It's good to find an album that really fits the mood of your scene or novel, it inspires you.

The story is nice and the plot is going on well, I just feel as if I am straying from the central idea, but that could be because the particular scene I've been writing today doesn't focus too much on it. My mood about this novel changes every hour. #THESTRUGGLEISREAL

ALSO BLESS THE PEOPLE WHO CAME UP WITH WORD CRAWLS. They are my saviors and they're so much fun.

I also am a faster writer than I thought? As in I can successfully write 1k in 20 minutes? Without making typos? What is this new found power???

How's the noveling going for you? If you're not doing NaNo, how is life? Do you have any new found every day powers? What is your guilty pleasure food? SHARE SHARE!